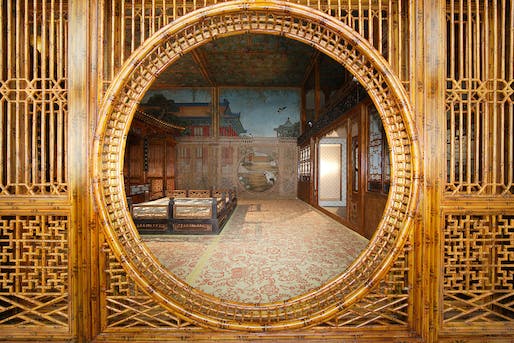 Juanqinzhai moon gate in the Beijing Qianlong Garden after its conservation. Image courtesy World Monuments Fund.
The 250-year-old retirement digs of an 18th-century Chinese emperor are getting a face-lift.

The World Monuments Fund announced Monday that the New York-based architect Annabelle Selldorf and her firm, Selldorf Architects, will design an interpretation center at the Qianlong Garden in the Forbidden City in Beijing.

According to the World Monuments Fund, “the interpretation center will be located in an existing, restored structure within the second courtyard of the Qianlong Garden.”

“Selldorf and her NYC-based firm, Selldorf Architects, designed the center in three distinct halls surrounding an open pavilion, each of which will provide visitors with a unique perspective on the past and present of the remarkable complex.”

“The Garden was largely left dormant after PuYi, China’s last emperor, left the Forbidden City in 1924. Its buildings have never been opened to the public, and it is one of the most significant historical sites in the Forbidden City to remain unrestored since imperial times. In 2004, World Monuments Fund and the Palace Museum partnered on a comprehensive review of the entire Qianlong Garden site and developed a master plan for its conservation.”