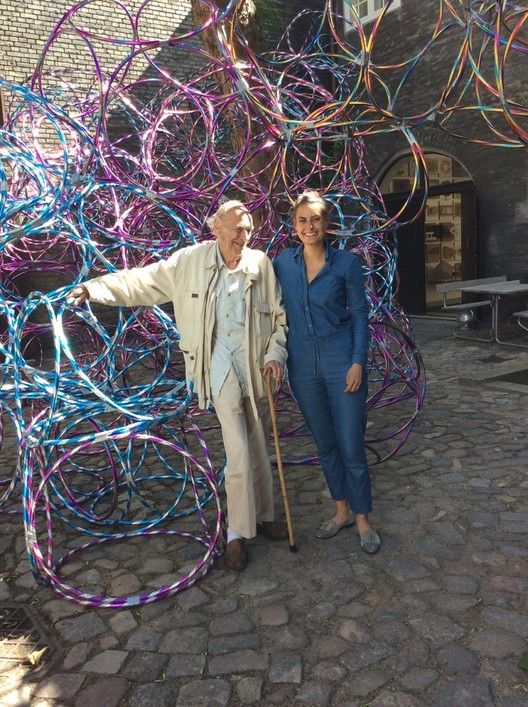 Best known for his theory of mobile architecture and his spatial city project, Yona Friedman has passed away at 96, as was announced in his Instagram account this morning. The Hungarian born French architect and theorist was one of the most influential figures of the profession in the late 1950s and early 1960s.

His breakthrough work “Ville Spatiale”, or spatial city released in 1958, was an enormous superstructure that could span over existing cities and would allow people to construct their own habitats within the larger framework. Featured in his manifesto “L’Architecture Mobile”, or mobile architecture, this utopian project recycled structures of existing cities.

A lifelong advocate for playful architecture, Friedman has always praised the idea of people’s architecture, as well as the notion of “people living in homes that they design themselves”. His most important contribution to the field remains his “Ville Spatiale” visualizations. Friedman’s pioneering way of expressing his architectural thoughts through collages and drawings became very characteristic of his epoch.

A Selection of the Most Representative Drawings by Yona Friedman

Architecture for people proposes a variant of the original “Ville Spatial.” It is based on a structure easy to modify, a structure not necessarily raised over the ground level, keeping that option open if wanted. — Yona Friedman

Moreover, the architect had often discussed the contemporary city and its challenges. He was a firm believer that “it is the responsibility of architects to design structures that can be inhibited for the widest range of individuals and purposes”.

With a life-long experience, Yona Friedman participated in countless architectural events like the Venice Biennial and the Shanghai Biennial, had his installations and interventions showcased in the biggest institutions like Rome’s MAXXI Museum and taught at the most prestigious universities including MIT, Princeton, Harvard, and Columbia universities.