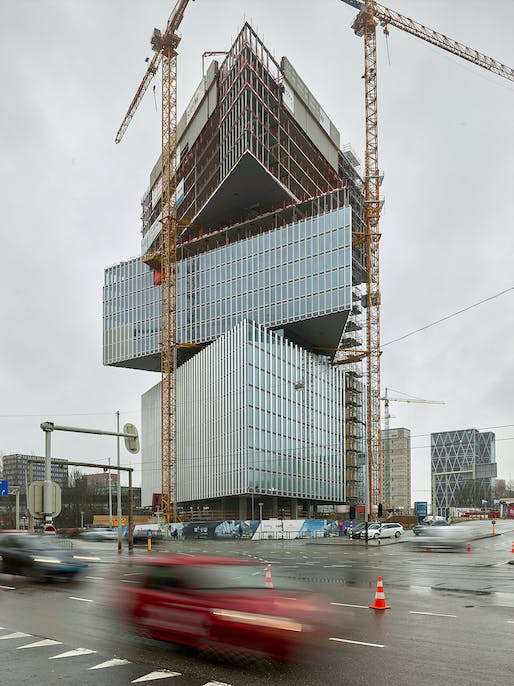 Construction on the future largest hotel in the Benelux just reached another milestone: the behemoth 25-floor, 650-room nhow Amsterdam RAI Hotel, designed by OMA/Reinier de Graaf, has reached its highest point of construction at a height of 91 meters (nearly 300 feet).

“The shape of the 91-metre building draws from the triangular advertising column on the Europaplein which was once so prominent on the site but now has been overtaken by the many office buildings that have been erected in its vicinity,” explains the project description.

The new gastronomy complex is located near the RAI Amsterdam Convention Center and connected via an underground concourse.

OMA won the architectural competition for the hotel in 2015 with Reinier de Graaf and Rem Koolhaas as partners-in-charge.