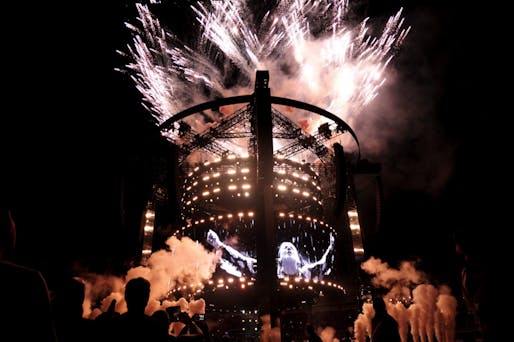 The Structural Award winners were announced Friday night at The Brewery in London. From 119 entries and 45 shortlisted projects, 14 ground-breaking winners were selected for their innovation and achievements in structural engineering worldwide. This year marks the Structural Award’s 50th year of showcasing outstanding design work in the built environment.

Check out this year’s winners below. 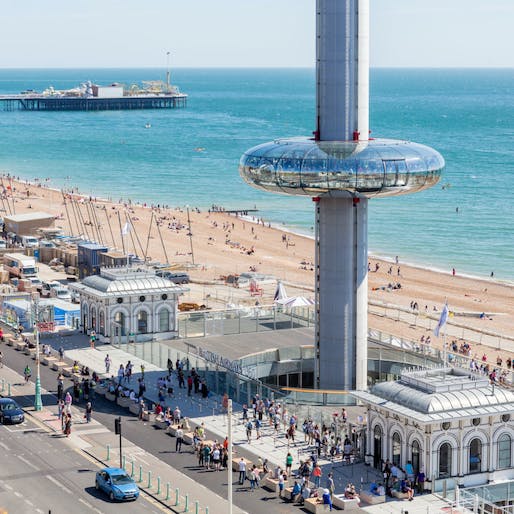 The Supreme Award for Structural Engineering Excellence and The Award for Tall or Slender Structures: British Airways i360 at Brighton, Brighton UK

British Airways i360 is the world’s tallest moving observation tower carrying 200 passengers at a time in a circular glass viewing pod, which rises slowly from beach level to a height of 138m. The steel tower is clad in perforated aluminum reducing wind forces on the tower and allowing such a slender form. The tower also hides 78 containers on the inside to help resist movement under gusting winds. 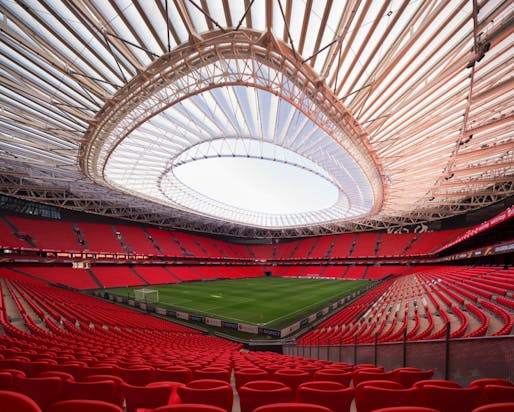 The roof of San Mames football stadium was upgraded to improve spectators’ comfort on rainy days. IDOM’s solution is an innovative double layer cable-roof extension increasing the roof span and minimizing required reinforcements on the original roof all in a record construction time without any disruption to football games.The engineering design relied mainly on the ability to accurately predict the interaction between the existing roof and the new cable net. The undertaking required the complex processes of lifting and tensioning the new structure without over-stressing the existing roof. 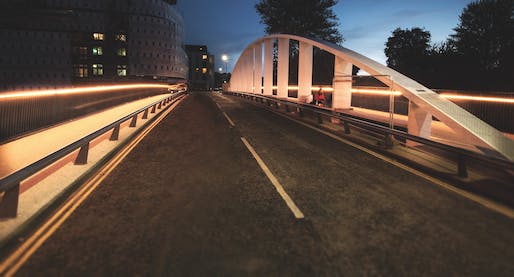 The Destructor Bridge, named for the “Destructor” waste incinerator nearby, is a two lane, multi-functional urban highway bridge providing improved access across the River Avon to a new 2000+ home development area. The bridge replaced the original, single lane, 19th century riveted Warren truss girder bridge. The arch bridge has a deck suspended from flat steel hangers concealing a supporting case of box girders that anonymously contribute to the arch’s performance. 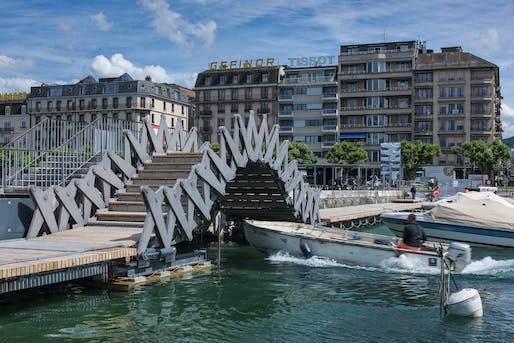 This new walkway provides access to Geneva’s monument the Jet d’Eau. The project focused on accessibility accounting for boats, walkers and people with reduced mobility. The bridge spans over 12m, and is capable of transforming from a low flat deck to a 2m high series of stairs allowing boats to pass underneath. Scissor truss mechanisms made from stainless steel plate are driven upwards by pistons at each end, causing the structure to rise like a wave and let boat traffic pass underneath, without interrupting the flow of pedestrian traffic. 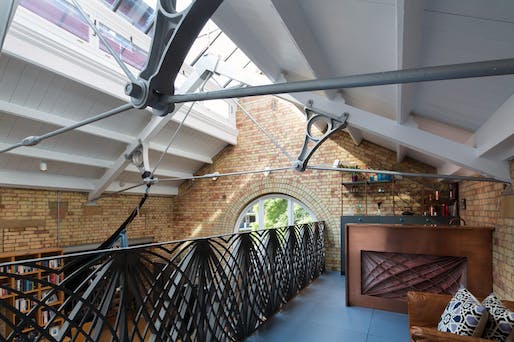 The Award for Small Projects (of under £1 million): The Pump House, London UK

The structure of this mezzanine in a Victorian pump house building is entirely formed with repeating cast iron plates that interlock to form both the floor and balustrade creating an efficient and cost effective solution. The form represents the flow of load and stress through the pieces and is optimized for weight and strength while maintaining a very thin depth. Working closely with a local foundry and contractor, the engineers used a single mould to cast the panels, reducing manufacturing time and cost. 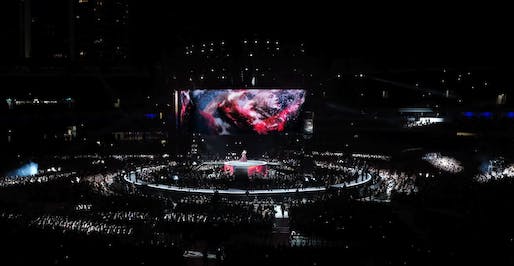 The Award for Small Projects (of between £1-3 million): Adele 25 Stage, Australia, New Zealand, USA and the UK

The stage concept for Adele’s 25 album tour was developed for adaptability and reuse as the tour traveled to different locations with innovations making it easy to tear down and reconstruct. OPS designed several bespoke features for the new stage that enabled the structure to reach beyond previous bounds of stadium stage touring ‘in-the-round’. The design focussed on minimizing working at height creating unobstructed views by negating traditional bracing and facilitating containerized transportation. 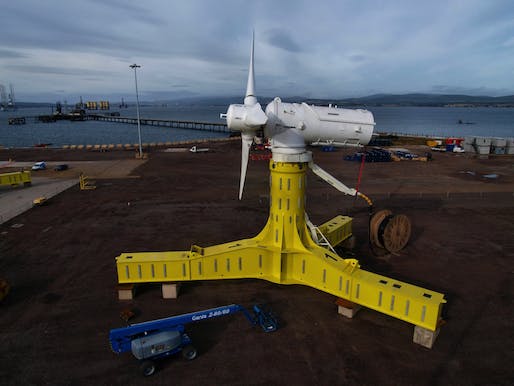 The Award for Structures in Extreme Conditions: MeyGen Phase 1A, Scotland UK

Robert Bird Group designed the Turbine Support Structures for Phase 1A of the MeyGen project. Four turbines are installed off the north coast of Scotland, together supplying 6MW rated capacity to the grid. This is the first stage of the planned 398MW MeyGen tidal turbine farm, and is the first project of its kind anywhere in the world. Sitting in the turbulent intersection of the Atlantic and North Sea, the steel tripod gravity foundations have been designed to enable year round turbine operation over a 25 year life with no maintenance. 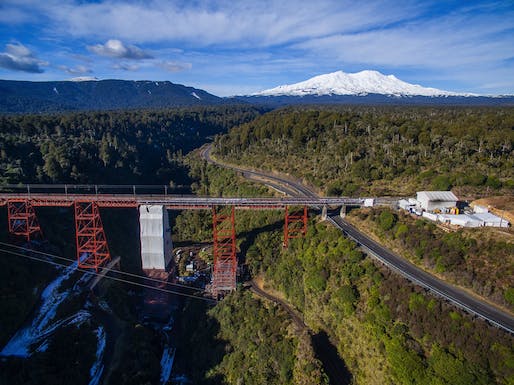 Makatote rail viaduct is located in the North Island of New Zealand and is one of the tallest railway viaducts in the country holding significant heritage value from its initial construction in 1908. The viaduct began to suffer from corrosion leading to section losses of steel elements. With an additional desire to upgrade for future load requirements, the viaduct was refurbished and strengthened to extend its life for another 50 years. 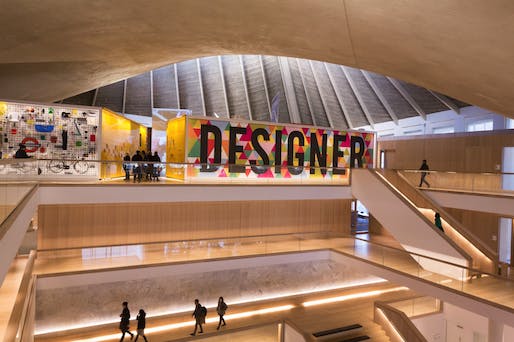 The Award for Structural Transformation: The Design Museum, London UK

Arup provided an engineering solution enabling the successful re-invigoration of the Grade II* Listed Commonwealth Institute exhibition building and creating a new home for the Design Museum. The solution involved strengthening and then retaining the building’s 2000 tonne roof and primary structure by temporarily suspending it 20m above ground, supported entirely by temporary works. This enabled the replacement of the existing façade and internal structure and the creation of a significant new basement covering the entire building plan. 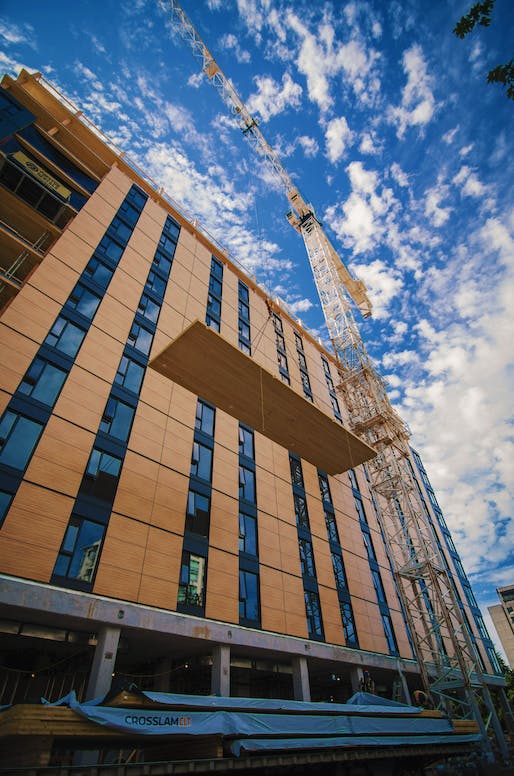 The TallWood House at Brock Commons is an 18 story, mass timber hybrid building at the University of British Columbia (UBC) in Vancouver, Canada. Reaching 53m, this student residence building has been recognized as the tallest mass timber hybrid building in the world. It is comprised of 17 stories of five-ply cross laminated timber floor panels, glue laminated timber columns, and a concrete transfer slab at level two. Two full height concrete cores provide the lateral stability.

The Taichung National Theatre houses an opera house with 2009 seats, a playhouse with 800 seats, and a small theatre space with 160 seats. The theater’s main structure, a free-form, doubly curved, reinforced concrete shell, is a single continuous surface. Taiwan has the highest seismic loads resulting in the engineering team’s use of advanced analysis and optimization processes more commonly used for nuclear power stations. 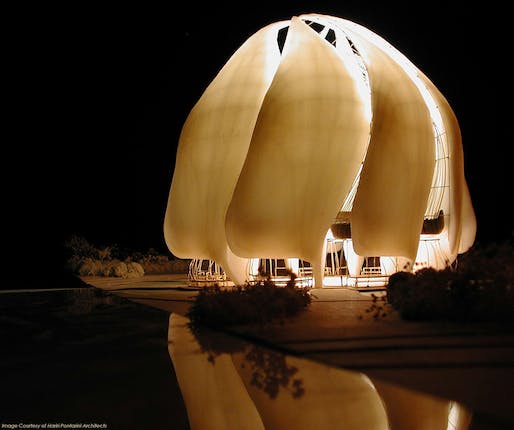 Set on a hillside against the Andes Mountains, the Bahá’í Temple of South America welcomes worshipers from all directions through its nine entrances. The temple, which lets in light during the day and appears to glow in the evening, is comprised of nine wing-shaped, translucent petals of free-formed tubular steel space trusses, clad with cast glass on the exterior and marble on the interior. Constructed in a high-seismic zone, the temple’s structural design employs performance-based design methods, extensive testing, and seismic base isolation. 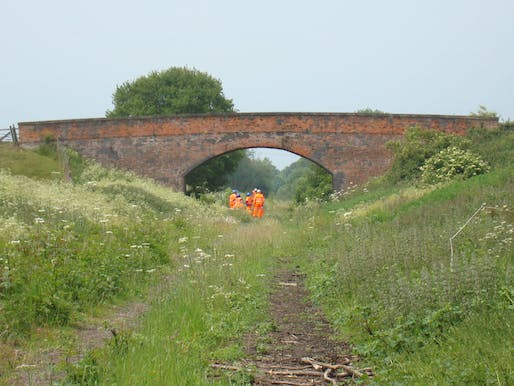 With an estimated 500 masonry arch bridges in the UK too low for Network Rail’s electrification program, a cost-effective solution is required to avoid the demolition of hundreds of over-bridges. Freyssinet explored the feasibility of vertically jacking bridge arches resulting in the ElevArch® concept, which was selected as one of four to advance into phase two, a full scale demonstrator, of the competition. This sustainable solution avoids unnecessary demolition and reconstruction for electrification schemes throughout the UK. 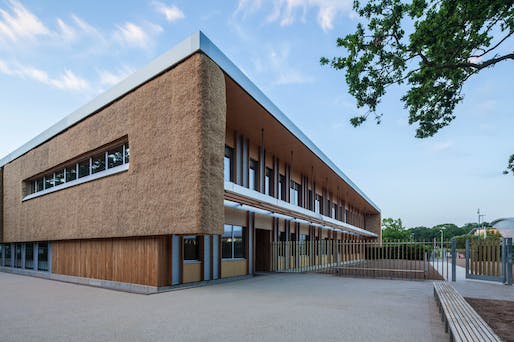 The Award for Sustainability: The Enterprise Centre, Norwich, UK

This timber framed project showcases low-carbon sustainable building with a highly ecological specification. The commitment to sourcing local trade and low-carbon materials makes the Enterprise Centre an example for specification, structural integration as well as energy performance. The showcase exposed timber frame is just the surface of this building’s material story, which is rich from the ground up with local, domestic and recycled materials, offering a unique and inspiring 21st century building.

Lighting Void. The light blade comes from the concrete. When it’s off, it disappears. No artifice, just a cut in the concrete with brutal and magic inspiration: Actually a technical prodigy, directly casted into the concrete, the product of a sophisticated and invisible genius to fuse architecture and light in a natural way. Marc Sadler

View the catalogGo to the Simes website for more information