The Los Angeles City Council has unanimously voted to approve the construction of the long-awaitedLucas Museum of Narrative Art in LA’s Exposition Park, all but ensuring that the museum has finally found its permanent home after three years of searching.

Designed by MAD Architects, the museum will house the extensive art and memorabilia collection of director and Star Wars creator George Lucas and his wife Mellody Hobson, featuring both paintings by impressionist masters includingEdgar Degas and Pierre-Auguste Renoir and items from the Star Wars franchise, such as Luke Skywalker’s original lightsaber and Darth Vader’s mask.

Nearly one-third of the proposed building’s 290,000 square feet will be dedicated to gallery space, with other program elements including a movie theater, a lecture hall, a library, a restaurant, and several digital classroom spaces spread across five stories. A publicly-accessible green roof terrace will cap the building, while a 2,425-space parking complex will be located beneath. A new 11 acre park will surround the spaceship-like structure, its design referred to by MAD founder Ma Yansong as “a cloud of knowledge for people to explore.”

The $1.2 billion development will be constructed entirely from private sources, with no taxpayer money. The museum is scheduled to break ground next year, with an anticipated opening date in 2021.

Powerhouse Company have won a competition to create a new mixed-use hub in Eindhoven, Netherlands. For the competition, Powerhouse teamed up with landscape architects ZUS and developerAmvest to design a trio of skyscrapers forming the winning proposal for a new urban plaza, called “District E”. The 70,000 square meter proposal will be located next to Eindhoven Station.

The flexible construction and installation technology of District E anticipates the future growth of Eindhoven as a sustainable, innovative and economic hotspot. The seamless integration of architecture and landscape design guarantees a new public space filled with activity and a wide spectrum of green spaces – Powerhouse Company.

Three tall towers collect in corresponding plinths, ranging from 76 to 158 meters in height. The towers will combine a residential program of approximately 450 homes, 20 percent of which will be social housing. A mixture of public amenities will be added, ranging from a hotel, shops/restaurants, a student study center and exhibition spaces. District E’s new “city plaza” aims to balance the 17th-century buildings from the old Eindhoven center alongside the large-scale 20th-century projects near the railway.

Powerhouse described the use of the plinths as a tool for the skyscrapers to be set back, ensuring that “Eindhoven station, a national monument, is honored by giving it space and relating to its scale.” A diagonal axis within the new urban plaza is another key element to the design, as described byPowerhouse:

An essential and defining gesture in the design is the diagonal axis that visually connects the station and the ‘Philipstoren’, a monument and symbol of Eindhoven’s industrial and technological heritage. This axis cuts through the ensemble and in-so-doing linking the station’s square, the new city plaza and the ’18 September’ square like a set of beads on a thread – Powerhouse Company.

With offices in Rotterdam, Beijing, and Munich, the architecture office has a portfolio of mixed-use projects including inSports Beijing to the Maastricht Pathé theater. The firm also beat out a bevy of heavyweight contenders in 2014 with their competition-winning proposal of a 100m observation tower in Çanakkale, Turkey.

“Congratulations to the clients and their design teams for the extraordinary talent, ambition and enthusiasm that has led to this year’s roll-call of phenomenal buildings,” said RIBA President Jane Duncan at today’s announcement. “RIBA National Awards provide insight into emerging design trends, as well as showing how well the profession responds to economic drivers. I am delighted to see such confident, innovative and ambitious architecture delivered in such challenging times.

Particular trends called out by Duncan include projects aimed at tackling the country’s shortage of quality housing developments, the innovative use of architecture to enhance excitement and pleasure in the built environment and the continued preference for brick among the UK’s top architects. One negative trend identified by Duncan was the lack of publicly-funded education projects.

“I am pleased to award a selection of high-quality new school buildings such as The Laboratory, Dulwich College and new music facilities at Wells Cathedral School, that will benefit generations of children and teachers. However, after a few boom years, which saw a clutch of award winning, cost effective state school buildings, it’s disappointing that there are none on this year’s list. Well-designed schools support improved student achievement, and staff and student wellbeing and should be part of educational aspirations for all our schools, not just those in the fee-paying sector.”

Selected from the winners of 12 regional awards programs, the national list will now make up the pool of projects competing for the RIBA Stirling Prize for the UK’s best building of the year.

News via the Royal Institute of British Architecture.

Foster + Partners and Juan Cabanelas have unveiled updated designs for the refurbishment and extension of the Ourense FFCC Station in Galicia, Spain. The firm was originally selected as the winners of an international competition for the design in 2011 with an expansive new structure spanning the tracks. The new scheme will instead utilize the existing station building, expanding with a series of columned canopies arranged to create a new urban square and easily-accessible multi-modal hub.

The integrated design will join the high-speed rail and nearby bus station (also currently under design) into one single urban intervention, as well as create pedestrian connections between the neighborhoods on either side of the tracks through an elevated walkway and new public park. The station will accommodate the increase in passengers generated by ongoing upgrades to the region’s high-speed rail lines, offering cafes and shops that will cater to travellers and locals alike.

The modular canopy system will be made up of concrete plates on slender columns, designed to provide shelter from the city’s high-temperature, high-precipitation climate and to allow for ease of future growth. The color of the concrete will be matched to the granite found in the existing station, creating harmony between the new and the old. In front of the building, a new water feature inspired byOurense’s famous hot water springs will welcome passengers into the city.

Inside, the main lobby has been transformed into a triple-height space that will provide an abundance of natural light and historic frescos on the upper walls will be restored. Circulation through the station has been simplified to provide a more intuitive route for passengers, with clear sightlines connecting the check-in area with the platforms. An internal link will provide a direct connection to the bus station to the west, providing an easy path between transportation systems. 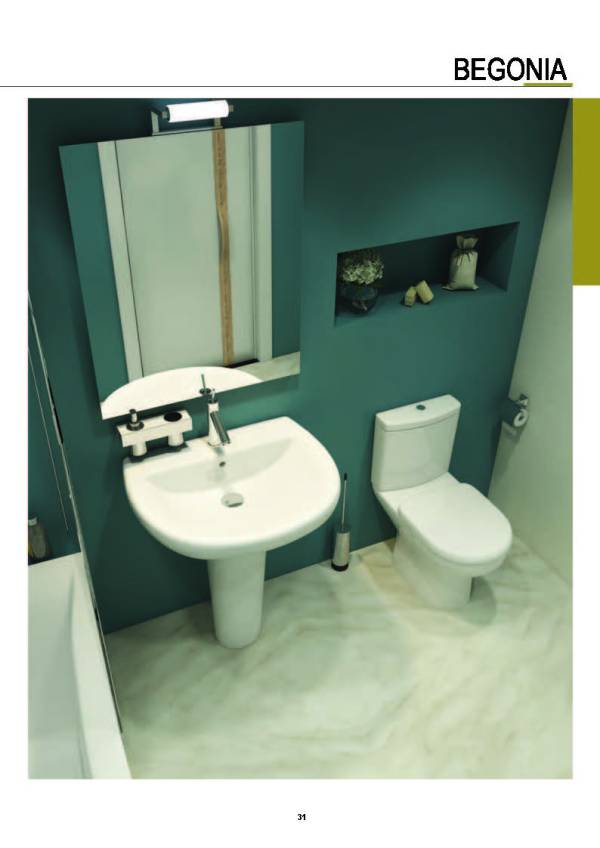 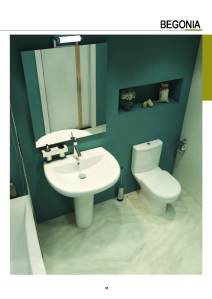 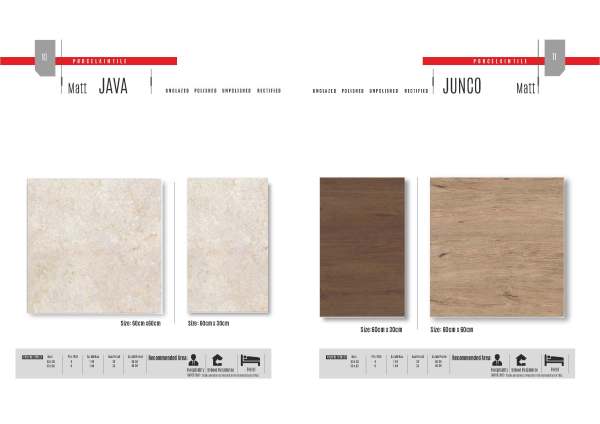 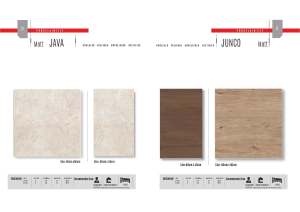 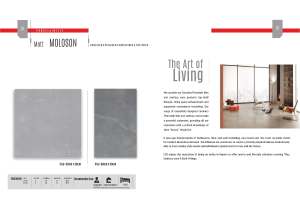 The international Prix Versailles Committee has announced the recipients of its annual awards celebrating built commercial architecture. The awards were held at the UNESCO World Headquarters, with recipients hailing from 6 regions around the world. Chaired by the Mayor of Versailles François de Mazières, the international jury included architects Manuelle Gautrand, Toyo Ito, Wang Shu, and acclaimed chef Guy Laroche.

The 12 World Titles are awarded in 4 top categories: stores, shopping malls, hotels and restaurants. The winners were selected from a diverse range of 70 regional winners already present in the ceremony.

Check out the gallery of the 12 winners below:

John Rhodes, a director of HOK’s Sports + Recreation + Entertainment practice, met with legendary rugby players Jamie Roberts (Wales), Tim Visser (Scotland), James Horwill (Australia) and Danny Care (England) to capture their ideas, both as players and fans. The findings were collated into a video by HOK, which you can watch below.

The rugby legends placed heavy influence on the connection between players and fans, highlighting how city center stadiums create the pre-match drama of players driving through bustling streets. Furthermore, the decreased area of city stadiums is mitigated by steeper viewing stands, creating a more intimate connection between fans and players. As a throwback to the rugby stadiums of the 1960s, the players proposed an enlarged standing area in the action-fueled ‘red zone’ between the 22m line and touch line, generating further density and noise from excited fans.

Connectivity and modern technology were also at the forefront of the legends’ minds. A fiber optics playing field could display real-time information to fans during intervals, whilst player-tracking GPS currently used for team statistics could be made available to fans, measuring everything from distance run to force of collisions. More radically, a movable overhead gantry could follow the action, projecting a laser to mark the game line whilst providing an incredible aerial view for lucky spectators.

Any modern, iconic sports ground must provide an exceptional experience for fans. The unique passion of fans is fundamental to the sport and, as architects, we need to design stadiums that maximize this energy…The players gave us exceptional insight into what affects elite athletes. As avid fans, they also provided an invaluable perspective. This has improved our understanding of how to design the best stadiums for both rugby fans and players – John Rhodes, Director ofHOK Sports, Recreation + Energy. Eko is a line of Sanitary ware comprising numerous elements. 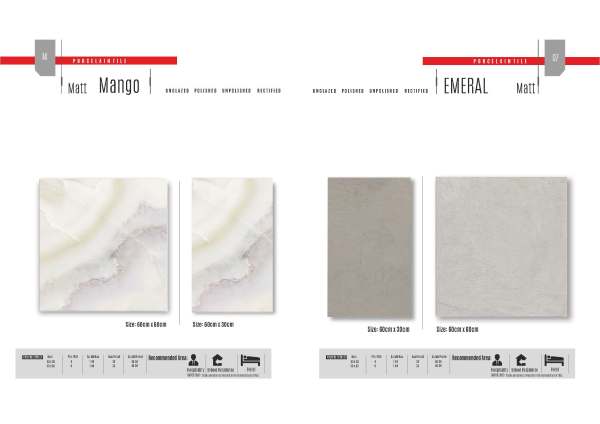 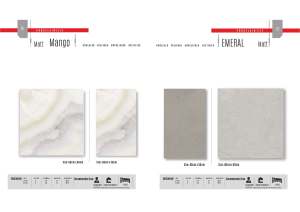